I’m back with another story, but this one isn’t about my protagonist Stanford Archaeologist Clark Ransom at all. It’s about me! 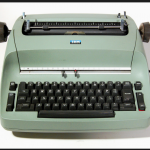 I wrote short stories on an IBM Selectric with carbon paper at Terra Nova High School in Pacifica, California, sending them to the likes of The New Yorker and The Atlantic. I continued the short story gig at Stanford, taking a few creative writing courses, following the same marketing strategy until I had enough rejection slips to paper a dorm room. In grad school at Brown, my dissertation for my doctorate on the medieval psychic labyrinth Piers Plowman became the novel Loose Leaf Rose. I dropped out of the doctorate’s program, sure success was on the horizon.  That novel — a psychedelic journey full of unmarketable symbology and literary nuance — gathered enough rejection to make me put aside my ambitions to be a writer.

But several years into a career as a technical writer and software manager, an experience with a real psychic on Martha’s Vineyard, sparked Beggar’s Tomb, which many years later I published as the first novel in my Paradise War series, Defiled. 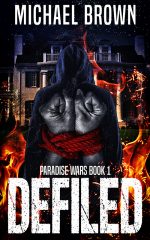 It took about two decades for me to realize, that although I liked keeping abreast of the current literary darlings, what I was most likely to pick off of a shelf was something by Anne Rice, Stephen King, or many thriller writers.

I then knew I should write what I loved to read.

I moved to San Miguel de Allende, Mexico a few years ago to try life with a new culture, an additional language, and a fascinating history. That history started me thinking about setting a Thriller series around the many archaeological treasures of Mexico. The first three Clark Ransom thrillers take place at the Cañada de la Virgen pyramid outside of San Miguel, the Tula Pyramid where the 18 foot high Toltec Warriors live, and the Cholula pyramid — second largest in the world after the Great Pyramid of Giza — beneath Popocatépetl and Iztaccíhuatl, Mexico’s famed volcanos. 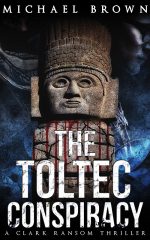 Have you ever tried to turn one of your daydreams into a work of art? I’d love to hear about it in a comment.